Beyond Colors, Letters, and Numbers….. Expanding Your Child’s Vocabulary 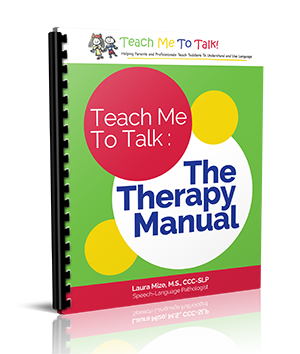 I recently read on a parenting board that I frequently visit that a child’s SLP advised a mother not to praise her child for knowing his shapes, colors, letters, and numbers. This mom was bewildered because #1, they had spent lots of time learning those things when she was pregnant and on bed rest with twins and couldn’t do lots of physical things, and #2, she felt it might mean that the SLP thought he was on the autism spectrum.

Kids on the autism spectrum are often obsessed with numbers, letters, and colors because they exhibit visual strengths (vs. those who are more auditory or “words” based). Some kids on the spectrum are so adept at this that they are reading at two. (It’s officially called hyperlexia).

Many typically developing kids also LOVE these concepts because they get so much praise from adults for “performing” these skills. Many adults hyperfocus on teaching these kinds of academic concepts because, to them, the concepts are associated with “intelligence.” Unfortunately, the toy industry also believes this myth because they put numbers, letters, and colors on darn near every toy that’s made!

I think, based on the mother’s comments, that her SLP may think the child is using this kind of word or phrase pattern (color + noun) to the exclusion of expanding his vocabulary. I encourage moms of kids like this (and there are lots of them – on the spectrum and NOT on the spectrum) to model other kinds of phrase patterns: noun + verb, noun + preposition, verb + preposition, different modifier (e.g., big, scary, loud) + noun, etc. I purposefully redirect parents to use other words—NOT because of the avoidance of feeding an “obsession” and NOT because I am failing to acknowledge an obvious cognitive strength—but simply to focus on expanding his vocabulary and interests. Kids need lots of different types of words to make longer phrases and sentences, rather than vocabularies that consist of all nouns (names of things) plus a handful of descriptive words (colors and numbers).

I have had also lots of kids with apraxia get “stuck” on colors and numbers, too, because it’s a set of words their parents understand, and it’s easier to hook an adult’s attention in conversation if they know what the heck you’re talking about! Plus, some apraxic kids HAVE to learn to talk on a sound-by-sound basis, especially if they have had a therapist or mom use the letters of the alphabet to cue them. They are familiar with these concepts, want to please, and start to spit letters back out to the adult they know will give them the most positive feedback.

As far as what should be of concern, let’s look at the skills she’s talking about. Receptively identifying six colors is a skill that’s usually mastered by 36 months, so it’s an age-appropriate skill to work on at two and one-half. Kids should also count from one to three by 36 months and use other quantity concepts to answer a question like, “How many ducks do you see?” by age three-and-a-half. All kids should know letters by the time they enter kindergarten, and many, many two year-olds (both on and NOT on the spectrum) can do this, too. Identifying letters and numbers at this age is not a “concern” in my opinion.

However, becoming fixated on numbers, colors, letters, and shapes to the exclusion of learning other new information is a concern. A mother is the best judge of that because you’re the one who is with him the most and can assess intellectual interest vs. obsession.

If he’s truly engrossed in naming letters and numbers as you’re playing, help gently expand his interests—not by halting the praise, but by pointing out another way for him to look at things: little truck, garbage truck, fast truck, loud truck…rather than blue/red/yellow truck.

Better yet, teach the verb or action word that’s associated with the object you’re labeling since most language delayed/disordered kids, whatever the reason, need help learning to use verbs. To target verbs as a response to a question, instead of what color something is or how many of item he sees, try asking, “What’s the _____ doing?”

Don’t forget, “Where” questions to work on location words/prepositions. Instead of asking, “How many birds do you see,” ask, “Where do birds fly?” Instead of, “What color is the boat,” ask, “Where’s the boat?”

When your child’s language level is nearing three, use more advanced reasoning questions: “Why is the baby crying?” Then ask, “Who will come pick up the baby?”

Sometimes kids “get stuck” on certain words or patterns because we’re not giving them anything new to learn. To avoid this with your child, analyze your own words when talking to him. Are you always pointing out the color of an object, or asking him to count, or deferring to his favorite books or puzzles with shapes and letters? If you are, shake it up! Change what you talk about. MAKE yourself expand your own language you use to talk to him so that he can expand his language too.

If you’d like to SEE examples of teaching new words to toddlers, check out my DVD Teach Me To Talk. It’s full of therapy clips with real toddlers learning new words during play!