Questions about Questions? Tips for Teaching a Toddler to Ask “What’s that?” 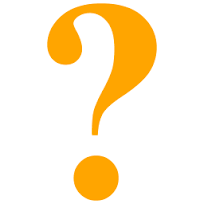 I love this question about questions!

“I have a 25 month old. When he was 18 months he didn’t ask ‘What’s that?” but I also never said that phrase to him. Instead I just pointed out words and said them to him. If he pointed to a word he didn’t know as if asking a question I would tell him the word. Now he has asked me “Why?” once and asks “Where” questions but not what. Should I start asking him “What’s that?” I did it this morning and he can answer the question but he didn’t ask me what’s that in return.”

Yes you should! A toddler has to hear EVERYTHING, that’s every single word FIRST, in order to learn how to say it.

Do the same thing with his bathtub toys. As you’re about to put them in the tub, hold them up and excitedly ask, “What’s that?”

Every time he points to something new, say “Oh… you want to know what’s that?” It sounds a little odd to use this phrase until you practice saying it a few times, but it’s how I teach a child to ask this question in therapy. It’s also how I recommend to parents teach it at home and it really works!

Since he’s already asking other kinds of questions, he obviously understands how to ask questions.

For a child who isn’t asking any questions, take a look at how he’s ‘asking’ for other things.  Does he say, “Cookie?” when he’s asking if he can have another cookie or “Ball?” to mean… where is my ball?

Before a child begins to use a real wh- question word (such as what, where, who, or why) at the beginning of a phrase, he will use a rise in intonation at the end of a word or phrase to ask you something. If a toddler is not doing this already, be sure you are using an exaggerated question inflection/tone as you speak to him when you’re asking questions.

Talking in a monotone voice or a voice with a ‘glottal fry’ is fairly common these days. I hear it more and more in my work with young families. Sometimes parents who don’t use lots of inflection changes in their voices when they speak can teach their kids to begin asking questions just by paying attention to how many questions they model and how they use their voices to ‘teach’ this concept.

Learning to answer questions is HARD too for toddlers with language delays. Read more about questions – both answering and asking – in this post.

How To Prompt a Child to Talk by Initiating