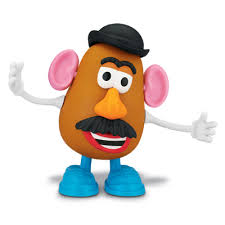 Today I received an email from an SLP who asked me this question:

“How can I get a child on my caseload who can talk to say more words during a session? He likes me. He likes toys. He’s in a good mood most of the time, but I still can’t get him to use many words, even though he’s a pretty decent imitator.”

Instead of reinventing the wheel for my answer, I replied to her with sections I copied and pasted directly from my book Teach Me To Talk: The Therapy Manual. These tips are so useful I want to pass them along to you too!

Don’t just offer a choice to select each activity in sessions, but keep the choices going throughout the play routine. For example, give a child a choice between playing Potato Heads or a puzzle. Once he imitates the word to select his toy, continue asking for every step of play by saying,

“Should we close or open the bag?”

Then as you take out the Potato Head, ask the child where to put it down saying,

Then offer the pieces one by one by asking,

“Do you want shoes or hat?”

Continue with every single piece until Mr. Potato Head is assembled.

Once you’ve admired your finished product, give a child some initial practice with any of the receptive language concepts you’re targeting with Mr. Potato Head. If you’re working on understanding action words, let the child use Mr. Potato Head to demonstrate action words after you’ve given him the choice offering,

“Should he walk or run?”

If a child doesn’t participate, keep him interested by being silly as you hold Mr. Potato Head and exaggerate each action.

Your goal here is to offer choices in a fast-paced way to keep him imitating and talking. It’s not unusual for me to elicit 25 or more different words within a single play activity using this technique. When you facilitate constant conversation like this, you’re building a habit of using words consistently and frequently. Again, this usually has to happen with imitation before it’s spontaneous.

The main reason choices are so powerful is that it gives a two-year-old the illusion of control within a session. You’re honoring what he says. If he chooses an activity, he gets to do it. The kicker is you can’t offer anything that’s not an acceptable option. Remind parents of this important strategy. Sometimes during a session when a child is having an off-day or is misbehaving a mom might ask him, “Do you want to play with Laura, or do you want her to go home?” I interrupt her only to say, “If he says Go home, then I’m out of here!” Teach parents that they should never give a choice when they can’t live with the outcome.

Another pointer for parents is to teach them to offer the choice they really want the child to pick as the last option. A child at this developmental phase often just echoes the last thing he hears. Later you’ll probably want to help him learn to listen carefully to both choices and say the one he really wants. Children with echolalia will struggle with this for a while, and for them, you’ll need to use a non-preferred option as the last choice so that they purposefully choose rather than imitate rotely. However, at this phase of development, an adult can use word placement to steer a toddler. A really smart toddler may catch on and trip up an unsuspecting adult despite our efforts. I just love it when that happens! The child has finally learned that words have power!

Teach parents to offer choices all day long at home. Most of the time, moms and dads have to watch this strategy multiple times, week after week, before they can get anywhere near the number of words that a skilled therapist can elicit with one activity. If you or parents aren’t as successful and need to see this technique in action, watch several examples on my DVD Teach Me To Talk in the section on Choices.

Another powerful way to increase the words a child uses is by creating opportunities for a child to ask for what he wants. This is referred to as Communication Temptations or Environmental Sabotage. Set up situations so that a child is more likely to ask for the object or event he wants. Some parents think of this as “playing dumb.” Begin a familiar activity, but don’t give the child everything he needs to complete the task. For example,

Carefully consider the existing words in a child’s vocabulary before you orchestrate these tasks. The chief requirement is that a child must already be able to say the word you’re trying to elicit. If he’s never before said “juice,” he’s probably not going to be able to pop out “juice” for the very first time during this type of situation. A brand new talker will need to imitate the word for a while before he’s able to use the word spontaneously to request an item or event. Use withholding to encourage imitation on request. Once he consistently uses a word during withholding, move the word to this kind of activity to increase spontaneous use. If the child also exhibits a receptive language delay, be sure you’re helping him understand the new word first, before you expect him to say it.

Hope those ideas help you help a late talker you know!

If you like this kind of advice, get the entire copy of Teach Me To Talk: The Therapy Manual for yourself!

My books are always on sale when you use the coupon code SAVE15 for 15% off.