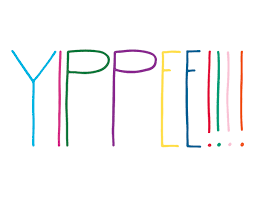 Yesterday I started a series about the biggest regret that parents of late talkers share with me. The one thing parents tell me they regret most of all is WAITING to do anything to help their child when they first began to suspect a problem. If you missed it, read the post here.

This week we’re continuing to discuss things you can do TODAY to help a late talker.

If you’re a parent, this recommendation is something you can immediately incorporate into your normal routines with your child. Eating, dressing, bathing, playing, riding in the car, reading, snuggling… these are all fantastic times to use today’s tip to teach your child to talk!

Or if you’re a therapist (like me!), this is the kind of information you should be sharing with parents. In my experience, parents who have their child enrolled in therapy want ideas. They want to make a difference. These tips will give them confidence and empower them to work with their own child.

Today’s tip is this…

When you’re talking to your child, don’t just focus on words. Include this:

What are play sounds?

Play sounds are noises and silly words we use when we’re having fun. The best way I’ve found to describe them to families are “sound effects.”

Babies with typically developing language skills use these kinds of vocalizations on their way to learning to talk. Fake coughing, squealing, and blowing raspberries are prevalent as a baby learns he can purposefully use his voice. Soon his utterances become communicative with sounds like grunting or whining to let you know when he wants something or is unhappy. After this, a child begins to try all kinds of new verbalizations that sound a lot like early word approximations. Finally, you recognize definitive first words.

What If Early Words Aren’t Coming

For a variety of reasons, “real” or “true” words are too difficult for nonverbal children. (If that weren’t true, the child would be talking!)

When we ‘back up’ and provide easier things for them to try to say, they do! They try!

I learned this lesson many, many years ago as a young speech pathologist. I’d work so hard to get my little clients to try to repeat familiar words in session after session. Fortunately, some kids were ready and my strategies worked.

I began to focus on doing what a kid liked. (More about that tomorrow!)

I noticed how kids sounded when they enjoyed what they were doing. What kinds of things did they try to say?

I didn’t hear a lot of words.

Many times, the only things I heard were play sounds – or sound effects.

Things like crashing noises when they played with cars, a “woof” or “meow” in imitation of a family pet, “mmmm” as they ate a food they liked, a big exhale after slurping down an entire sippy cup.

Once a child became consistently noisier, I noticed that late talkers did begin to try to say things that seemed closer to real words.

Little words like “whee” as they were swung around or “uh oh” when they dropped something.

When I very purposefully began to target these kinds of vocalizations in therapy rather than words, and when I worked just as hard on those sounds as I’d worked on real words, I noticed faster progress. It was no longer a surprise when a child popped out a play sound. I expected it because I was working on it.

You Can Do This Too!

Take this lesson I learned and use it for yourself.

Instead of trying to get a kid who is hardly saying anything to repeat a real word, focus on something easier. Begin with the ideas I included above. For a longer list, read Let’s Make Some Noise! Eliciting Play Sounds in Toddlers.

As I said at the end of that post, remember to get NOISY to help a toddler move toward using words!

If you’d like other suggestions for using play sounds or if you need detailed, “how to” instructions to introduce this powerful strategy, check out my book Building Verbal Imitation in Toddlers. SLPs – Be sure to use the great handouts in this book as parent education or homework for families! There’s also a one page chart to keep everyone on track!

SLPs and other pediatric therapists – This strategy is such an effective technique for nonverbal children. In fact, I’ve included play sounds and exclamatory words as entire ‘levels’ in my course Steps to Building Verbal Imitation in Toddlers. Find out how to maximize the use of play sounds, plus the other “in between” skills a child needs before targeting single words is realistic for toddlers with speech-language delays.