“Why is He Doing That?” Analyzing a Toddler’s Puzzling Behaviors 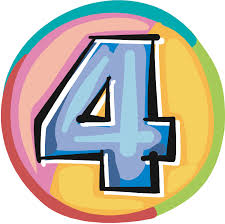 If you listened to last week’s podcast, you’ll remember that the SLP guest and I discussed a little girl on her caseload who runs away frequently during play, even when she likes the activity and the person who is playing with her. Part of that conversation included looking at why the little girl could be running away. To do that, we used a very basic model for analyzing why any of us do anything with the 4 reasons (or functions, as our ABA colleagues would say!) for behavior.

I like this SEAT acronym to help me remember the 4 reasons!

Sensory Stimulation means that a child is seeking sensory stimulation by doing something he enjoys or he engages in a behavior to remove something he doesn’t like. In plain language, a child does something simply because it feels good! The behavior itself is what the child craves. Examples of sensory stimulation behaviors children might use include thumb sucking, hand flapping, rocking, stroking your hair when you hold them, or rubbing a body part that’s been hurt. Other examples might be getting down on the floor to closely monitor spinning wheels on a train or standing one inch away from the television. What a child says can be self-stimulatory too. Echolalia (repeating what they’ve heard someone else say or quoting from a book or movie), excessive jargon (long strings of sounds with no discernible words), and other repetitive vocalizations like humming or using a phrase like “digga digga digga” can be self-stimulatory – noted when the child isn’t directing what she’s saying to anyone. Self-stimulatory behaviors can be soothing and calming and may occur when a child is overstimulated and overwhelmed. At other times, the behavior occurs when a child is alone or even bored. With this behavior, a child is telling you… I like how this feels.

Escape and Avoidance behaviors are the things a child does to get away from something he doesn’t like or doesn’t want to do. The most straightforward example is running away! Other behaviors may not be so obvious. If a child’s crying results in mom (or me!) moving on to something new, rather than completing what we’re supposed to be doing, crying serves as an escape/avoidance behavior. A child who doesn’t want to eat may hit his sister at dinnertime or spit in his food because it usually results in getting him removed from the table – which is exactly what he wanted in the first place! Tuning out language can be another form of escape and avoidance for some kids; in this case a child is telling you… This is hard or unpleasant, so I will shut down or move away from you to avoid it.

Attention Seeking behaviors are used when a child wants you to focus on him. Crying is a classic attention-seeking example in babies and toddlers who can’t yet communicate in other ways yet. A toddler who is more vocal may whine to get your attention. A chatty kid may even say “Mom…look!” as they perform a silly trick… over… and over… and over again. Sometimes negative attention is better than no attention at all. When you’re fully engaged in another task like taking an important phone call or getting dinner in the oven, a child may raise holy you-know-what by doing things they know they’re not supposed to do (flinging the remote across the room, pulling down the curtains, harassing the cat) until you stop what you’re doing and attend to them. A child is saying… “Notice me!”

Tangibles include objects or activities a child wants, and their behavior results in access to these items. For example, a child may repeatedly try to climb out of the cart while you’re in the grocery store because he wants to open the Pop Tarts now. A child may pitch a little fit because she knows you’ll give her the iPad or turn on her favorite show. With these behaviors, a child is saying… “I want that!”

While most of these examples lean on the “negative” side, all behaviors, even those that are positive, fit this model. A child may happily pick up his toys because you’ve promised that he can go outside (access to a tangible activity) once he’s finished. A child who is reluctant to interact with people may perk up significantly when you introduce roughhousing because he enjoys that kind of attention during play. Don’t overlook the routines that are going right – you’ll get lots of invaluable information to help you manage more challenging times. Negative behaviors can be more easily recognizable and “real” for us as adults because those are the ones we want to change!

Talking is a behavior too. When a child says, “Cookie!” his reason or function was to obtain a tangible snack. When she says, “Stop!” the word serves as an escape behavior. When a toddler shrieks, “Moooooooom!” you know you better get in there and see what’s going on; her behavior has your attention!

Of course, there are additional reasons (or functions) of behavior beyond these four, but this method is a very good initial way to begin to analyze why a child is doing something – especially when the behavior seems to make no sense or when what you’ve tried hasn’t worked.

By reading these examples, I’m sure you’ve noticed that a child may use the same behavior for different reasons. Running away can mean escape/avoidance or sensory seeking. Crying can be for your attention, to get something tangible he wants, or for escape/avoidance. Behaviors can and do sometimes have more than one function. Multiple functions (or reasons!) can lead to a little more confusion when you’re trying to address what’s going on, but at least you’ll have somewhere to start!

It may not be enough to look at these reasons without considering context – or what happened before and after the behavior. ABA folks recommend the ABC method for collecting and analyzing data surrounding the child’s behavior. Look for that in an upcoming post!

To understand how you can use this model for analyzing a child’s puzzling behaviors , listen to this podcast. We walked through this model together using a real life scenario with an SLP and her two year old client.

In case you want more information, here’s a link with lots of research references –

To help you remember this method, search 4 Functions of Behavior and SEAT to find cool infographs. I found several I like…

4 Functions of Behavior from honuintervention .com