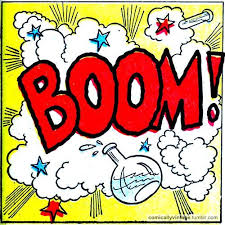 I have a question for you…

What are your top 3 ways to bring a child’s attention back to you when they’re giving you “I’m outta here!” signals?

I break into song. Music works!

I grab the closest thing I can, hold it up to show the child, and say something to create excitement like, “Wow!” or “Look!”

I do something physical (but fun!) to prevent them from leaving – a quick hug, a tickle, a squeeze, or I scoop them into my lap and move on to the next “sit down” activity if I think they can handle it.

Sometimes I’m not fast enough (or fun enough) and a child moves on anyway.

What should we try then?

Here’s a super quick, super easy little game that anyone can use anytime to hook a kid’s attention.

So many therapists have told me that this routine works like magic for them too. On this week’s podcast, my guest shared her success with this game with a little client who was extremely difficult to engage. (You can listen to that show here.)

If you’ve had very little luck with previous games, give this one a try. It’s simple enough for even the most elusive child to want to play. (This version is an excerpt from Let’s Talk About Talking.)

In this activity, we want a child to respond by looking at you, smiling, laughing, and staying with you as you play together. Eventually, we want him to try to participate by performing the actions with you.

How to Play and What to Say:

When a child is looking in your direction, begin with your arms outstretched toward the ground, and then raise your arms slowly over your head as you build anticipation with your voice saying,

(Quickly lower your arms and hit the surface in front of you with both hands.)

Say, “Boom, boom, boom, boom!” several times as you continue to hit the surface with both of your hands. After a few seconds, clap and say, “Yay!” Begin the routine again.

Play this game when you’re seated on the floor and a child is across a table or bed. There’s something very alluring about being eye-to-eye with a child when you’re both using the same simple actions during play.

Watching an adult “hit” a table and use a word like “boom” is also very inviting for some children who may not have seen a grown-up play like this before.

If There’s No Reaction or a Negative Reaction:

When a child doesn’t look at you while you begin, get a little closer and within his line of vision before you begin the game. Remember, you may have to model this game for a while before he begins to recognize the routine and respond.

An important way of responding is to imitate the hand motions you use. If he doesn’t, gently take his hands and help him pat the surface as you say, “Boom, boom, boom!” Provide as little assistance as necessary so that he will begin to do this action on his own. Next, we’d like for your child to raise his arms in the beginning and then clap at the end of the game, too.

Many late talkers begin to try to imitate the word “Boom” during this game, or even the beginning sound “Aaaah.”  If a child won’t imitate “Aaaah,” try what SLPs call “audible inhalation.” In plain English, use your voice as you inhale.

This routine is often the very first time I see and hear a child directly try to imitate a gesture, sound, or word, which are examples of skill #9, imitating actions and words, from Let’s Talk About Talking… 11 Skills All Toddlers Master Before Words Emerge.

If you need an arsenal of games like this, you’ll find them in this book, Teach Me To Play WITH You!

Games like this make ALL the difference with late talking toddlers, I promise!