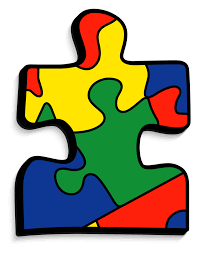 Yesterday the Centers for Disease Control and Prevention (CDC) released updated information about new autism rates in the US.

The new estimate represents a 15 percent increase to 1 in 59 children.

These numbers are updated every two years by the CDC and based on an analysis of medical records and, where available, educational records. The data point used is with 8-year-old children from 11 monitoring sites across the United States. Information obviously can’t be collected in real time; this update used records from 2014. There was variability in the estimates between the 11 sites. Significantly higher numbers were reported at sites where researchers had full access to school records. This leads us to believe that autism may still be persistently underreported. (Isn’t that scary?)

Below I’m summarizing the information released in the new CDC report from this post at  Autism Speaks:

* Estimated rates varied, with a high of 1 in 34 in New Jersey (a 20 percent increase), where researchers had better access to education records. On the low side, autism’s estimated prevalence in Arkansas was just 1 in 77.

* The gender gap in autism has decreased. Boys are 4 times more likely to be diagnosed than girls. Every 1 in 37 for boys will be diagnosed with autism versus 1 in 151 girls. This appears to reflect improved identification of autism in girls. Many times little girls do not fit the stereotypical picture of autism seen in boys.

* White children were still more likely to be diagnosed with autism. This is likely due to better access to services. The diagnosis of ASD among Hispanic children still lagged significantly behind.

Here’s a big take away message for those of us in early intervention:

* Disappointingly, the report found no overall decrease in the age of diagnosis.

Most children are still being diagnosed after age 4, though autism can be reliably diagnosed as early as age 2.

My favorite quote from the article:

“Earlier diagnosis is crucial because early intervention affords the best opportunity to support healthy development and deliver benefits across the lifespan.”

If you need help identifying and treating autism in toddlers, please check out my CE course on DVD Is It Autism? Recognizing and Treating Toddlers and Preschoolers with Red Flags for ASD.