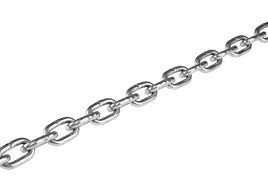 As speech-language pathologists, we’re asked “How do you…?” questions everywhere we go. Last night at church I had a great question…

How can I help my little guy learn to say both syllables in a new word?

Rather than reinvent the wheel, here’s an excerpt from FUNctional Phonology with the best technique I know to help a child when he’s struggling to include both parts of a word.

there are a couple of skills a child needs to be able to do before this strategy is effective.

First of all, he must be imitating pretty well… as in imitating most of the time when you cue a word. I define most of the time as 7 or 8 times out of 10 tries. If a child can’t do that yet, work on frequent imitating first. (There’s a tip for this at the bottom of this post!)

Secondly, a child must be able to produce two syllables in a word. So… if a child can’t already say words with reduplicated syllables like Mama, Dada, or bye-bye, he won’t be able to produce words with two different sounding syllables. Doesn’t that make sense? Work on those kinds of words first because they are easier and will help a child master what SLPs refer to as syllableness. (It’s actually priority pattern #1 for toddlers who are difficult to understand. Read more about that in FUNctional Phonology.)

If a child can do those two things, THEN (and only then!) are you ready for this next strategy…

A technique called backward chaining can help a child learn to include the second syllable in a word. In this strategy, have him imitate the last syllable of the word several times, and then “chain” the first syllable to produce the entire word. The key to this entire process is speed. Proceed very quickly to build momentum and automaticity so that a child says both syllables.

Child: “Bul.” (Or “buh” or however he tries to say it, as long as he’s producing some kind of vowel sound.)

Child: Bubble. (Or “buh-buh” or any other variation with two syllables.)

Child: “Pen.” (Or “puh” or however he tries to say it, as long as he’s producing some kind of vowel sound.)

If a child doesn’t imitate your models after several attempts, back up and work on helping him learn to imitate a single word more easily. Play imitation games with words he already says pretty well and go very quickly. For example, if he already says “ball,” have him imitate that word several times in a row. Play these little games frequently with a few different words to build momentum and success, and then sneak in a two-syllable word to help him move into imitating two-syllable words.

For more fantastic tips like this, check out my therapy manual FUNctional Phonology. It’s LOADED with “tricks” to help toddlers achieve better intelligibility!