Visit Our New Teach Me To Talk SHOP here >

Still No TV For Me 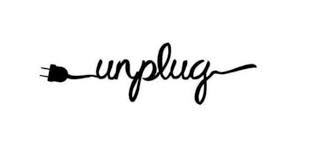 Last year I wrote a post about a decision my husband and I made to pull the plug on the TV at our house. In the last year, our television was only on 4 times—all when our adult children came over and needed to see something.

I’ve received dozens and dozens of emails about that post. All but one were extremely positive and supportive. One gal thought I should watch to keep up with politics… no thanks!

Although I posted our initial benefits, I wanted to follow up with more long-term benefits and share why we really made the decision, since so many people have asked.

Not watching TV began as a “fast” for us. We self-professed TV addicts were making a real attempt to use that time to be closer to God. Truthfully, we didn’t watch horrible shows (no X-rated stuff!), but some shows we watched were, especially in retrospect, for lack of a better word, trashy. It was hard to not feel guilty about what we had just watched and then open our Bibles… For those of you who aren’t Christians, I realize that reading this may be a real turn off for you, but I have to be super honest about where this issue began for me. This was one of our strategies for recovering from anxiety and depression after significant family trauma—which I’ve shared about on my  podcast if you’re a listener.

Even if you’re not as convicted as I am about that, science is taking notice. I had read the research for many, many years about how excessive screen time rewires our brains, but I did not heed my own warnings.

Now I wish I had.

Actually, as I said in the original post, I cut back on ALL screen time. I haven’t posted on any of my social media accounts in a long, long time. For a while, I asked my daughter to post things for me on Facebook in the name of keeping my friends and family updated, but this summer, I’ve stopped that for good. Turns out I was pretty addicted to social media too.

Please know I am not anti-technology—that would be pretty hypocritical for someone who owns a website! Now I use the internet as a reference source—not as my life line, and certainly not in place of real conversations with real people right in front of me. Like a lot of our little friends, I have an uncanny ability to “check out” when I’m in front of a screen. On some level, I’m still hoping neuroplasticity will set in and lots of screen time won’t induce the same things in me as it does for toddlers—irritability, distractibility, the jitters—all the things I rail against for my little late talkers. Honestly, I don’t think God will ever relieve me of those side effects, so I won’t go back!

I’ve also not been super forthright about our decision to nix screens with friends in our everyday life, especially since we are still new in our little town. During conversations, I’ve danced around the issue a lot. Sometimes I’ve outright lied and blamed not posting on Facebook and Instagram on other things—chiefly family drama. Then my well-meaning friends would try to tell me about blocking and remind me what I’m missing, all while trying to be as helpful as possible.

They don’t know the real problem is me. I didn’t set very good limits for myself. I’ve never seen a boundary I won’t blow right through!

Somewhere in that, I also didn’t want to imply they too may have a problem. You see, I have lots of friends who are hyper-attached to their phones, and I didn’t want to offend them. I still don’t.

Frankly, if I’m really telling the truth, I didn’t want to seem weird.

However, I have come to realize in the last two weeks that I’m doing no one a favor by keeping quiet about it. And I’m certainly not “on mission” if I don’t tell the people I care about what I know.

Screen addiction is real and there are some pretty scary results…

Whoa! I hope that stops you in your tracks.

For an SLP, the one I’m most concerned about is a change in social communication skills.

I’m shocked by how many “shallow” conversations I observe now. Do you notice people who barely look up from their phones at the person they’re having dinner with in a restaurant? Or a group gathered around a device to watch a video—quiet because they are all riveted to the screen—and then they break up pretty quickly when the video is over. Or a mother with a toddler at a park who is more into her texts than what her kid is doing.

Or worse, have you had near collisions with people who are simultaneously Facetiming and pushing a cart at the grocery store or in the parking lot?

In case you’re thinking I’m sounding all sanctimonious here, I’m not. I have shallow conversations too.

I am working to get my brain (and my Southern manners) back! Screen obsession definitely made the anxiety/depression issues worse at its peak. Some weeks are much better than others. Some days, like today, it’s a real struggle. Turns out that broken hearts are real… and hurt people hurt people… but feeling hurt is not an excuse for behaving badly. Actually, justifying your own mistakes exacerbates your flaws and stirs up all those personal demons. Ever been there??? I hope not.

Thankfully, some things are getting better as a direct result of less screen time, like improved executive functioning. I am organizing better and writing more! Woo hoo! I am finally able to speak in public again without a major attack anxiety… just normal nerves… which has been a welcomed but gradual process for me. At Christmas I sang a tiny solo in my church’s cantata and last month I emceed the Little Mr. and Miss pageant on the 4th of July at the County Fair. (Yes, I do live in Mayberry!) I’m finally back on YouTube.

But if I’m being totally honest, and I am trying soooo hard to do that, I still have a long way to go.

I want to be whole.

Not just the good days!

My husband has been the driving force behind our now forever commitment to no TV and much less screen time. I probably would have folded by now, but he has so much self-control now that even he can’t believe it! I respect that about him and am very thankful that God has placed me with a person who is much stronger than I am.

I’ll be sharing more about my personal experiences and testimony in the next week or so and you can check back here for that if you’re interested.

Until then… I’ll be unplugged…

Posted in About, Parents

When Is A Child Ready to Talk?

We Wish You a Merry Christmas… Toddler Style!

Do You Need REAL HELP?