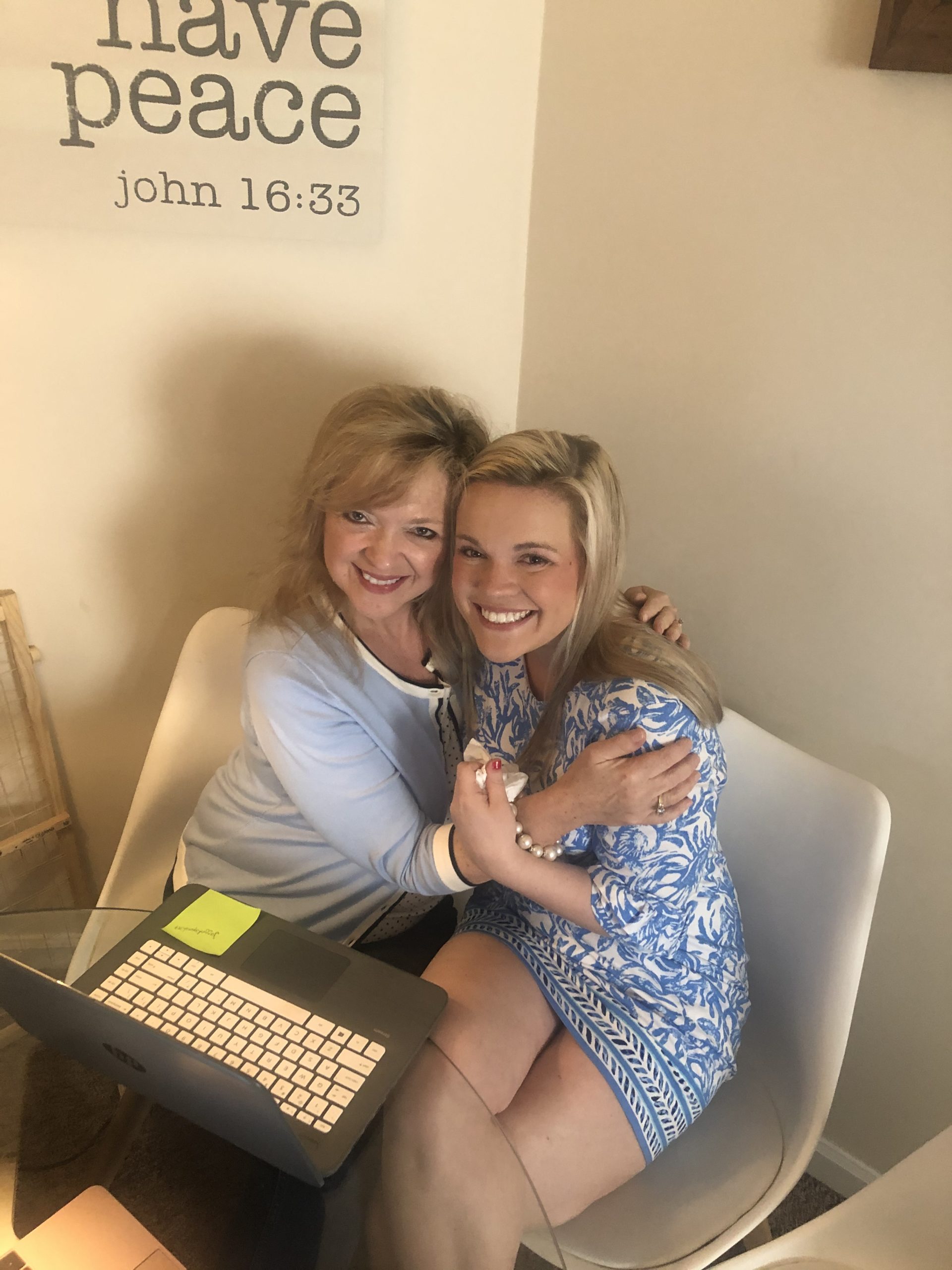 Today is a very special day.

Our daughter, Macy, is graduating from the University of Kentucky with her Master’s Degree in Communication Sciences and Disorders.

I initially started to write that I’ve worked toward this goal for her whole life, but the truth is, she’s done the work.

When she was 2, I began to take her along on my home visit appointments when one of my little friends needed a friend. There she was, sitting in her car seat snuggled between all my toys bags happily going to work with her momma. Even then I tried to explain her role in what we would be doing saying something like, “Remember me telling you about my friend ____? We are going to his house today. He is learning to talk and play. I am so glad you’ll get to help me.”

One of us coined the term “baby therapist.” I’m not sure if we originally meant to use that label to define my job as a speech-language pathologist, or if it’s what she was… a “baby” therapist.

Her instincts were spot on with kids, even from the beginning. A little client would cry. She would try to comfort him. A kid had trouble sharing a toy as they were playing together. She would gently hand it over. When a child couldn’t say a word, she would do her best to get in his or her tiny face and model it like a pro! During a session when she was only 3 or so, a child we were seeing wanted to sit in my lap – which was rightly Macy’s place in her little mind since I was her mother. I remember her looking at the little girl very compassionately as she deliberately scooted off the middle to perch onto one knee of my crossed legs, leaving plenty of room for the other child to sit down. It was as if she were saying, “She’s my mom, but I’ll gladly let you love her too.”

When she was 6, we opened our first clinic and for the next several years, we ran a wonderful playgroup program for two-year-olds. She spent most of her summer and days off from school going to work with us helping in any way she could. I continued to provide my simple explanations for what was going on with a child and what our goals were. She listened and began to ask some very good questions. At 7 or 8, she talked about things like “sensory needs” as she would try to get a client to run around or dance with her. I watched her skills blossom so that her natural inclination for what to do with a child became better than some of the therapists who worked for us!

Her interest and participation went beyond assisting during therapy. She drew the original boy and girl which became the logo for teachmetotalk. She was a champion cleaner in our office rushing in to vacuum yesterday’s goldfish crumbs if we had forgotten the afternoon before. One of my biggest flaws, not filing progress notes in clients’ hard charts, became a fun game for her. She loved organizing and sorting piles of notes on the floor of the large therapy room in that first office. I can still see her as she deliberately searched to find the correct stack.

She was there as we shot video sessions for our first DVDs. Here she is sitting in my lap (still her spot!) during Teach Me To Talk. 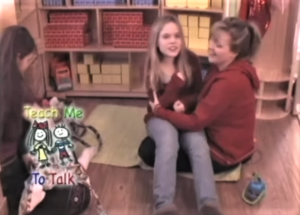 As she grew, she began to identify issues with her peers.  In middle school, she would relay an event that had happened during the day at school asking questions like, “Do you think he’s on the spectrum?” She was especially interested in apraxia and autism and talking with me often about things like “motor planning” and “eye contact.” Seriously. As a little girl. She got it!

She traveled across the country with us as we spoke. She set up conference rooms and packed and unpacked therapy manuals for the sales table. She loved standing beside me there and hearing therapists ask questions.

Now before you get the wrong idea, I’ll tell you there were things along the way that didn’t work out exactly as I’d planned. She still can’t listen to my podcast without falling asleep. Apparently, her mother’s voice is more soothing to her than instructive. (But who wants to change that?)

In her undergrad, she was shocked when she unwittingly noticed my treatment manuals on her supervisors’ desks or when one of her friends would tell her she Googled a clinical topic and found the answer on our website. I’m still not sure if she was more mortified or proud when a professor showed one of my Therapy Tip of the Week videos in one of her classes.

We’re both still pretty bummed that ASHA mandates that your CF Mentor can’t be your mom.

Today I’ll be watching as her husband pins her Communication Sciences and Disorders on her beautiful blue and white dress. Because of the Pandemic, this day is very different. No, it’s not the big, formal graduation ceremony that we all dreamed about. People we deeply care about don’t get to be here. A group Zoom call is not the same as walking across the stage in Rupp Arena with your picture on a laptop instead of the giant screen, but it will be “official,” nonetheless.

I am so immensely proud of her and all her hard work.

More than that, I’m happy that now she’s going to live her dream. Do her thing. Take what I’ve tried to teach her and then make it her own.

If you’ve been used to seeing my name and reading my work, watch out. There’s a new SLP in town! Macy Mize Usher. And she is pretty amazing, if I do say so myself!

(P.S. Now that you’ve graduated, I can say this. I am so willing for you to have me a grandbaby anytime you’re ready!)