Late Talking… Everything You Want To Know 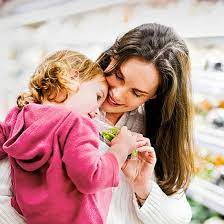 How To Prompt a Child to Talk by Initiating