“He understands everything.” Missing Receptive Language Delays in Late Talkers 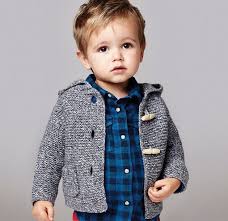 Delays in receptive language, or how a child understands words and follows directions, are often ignored or glossed over in late talkers.

I believe that receptive language delays are the most overlooked issue in toddlers with any kind of developmental challenge. In my experience, it’s the #1 reason late talkers don’t make progress. We get so hyperfocused on what they can (or can’t!) say, that we miss what they don’t understand.

Many times, parents (and even physicians and therapists!) erroneously assume that a young child understands “everything” when there’s no real evidence to support that belief.

Here’s the truth, a toddler who isn’t saying very much may not understand very much.

Instead of teaching those kids to new say words, we should be focused on helping him understand what words mean. One of my mantras for working with toddlers who aren’t yet talking is this…

A child must understand words BEFORE he can use those words to communicate.

Examples of early receptive language skills include identifying familiar people and objects, consistently responding to their own names, pointing to body parts on request, responding to “no” and “stop,” and most importantly, following routine commands. Routine commands include tasks such as, “Put your arm in,” during dressing, “Open your mouth,” as you feed them or brush their teeth, along with requests to retrieve items, such as, “Go get your ____.” This list of skills is a good place to begin when you’re determining a child’s ability to understand familiar words and follow simple directions. Take a look at additional considerations in this list below.

•        When you say things like “Let’s take a bath,” or “Are you hungry?” does he independently go to the appropriate place for that activity in your home?

Understanding and following these kinds of simple directions typically develops around the first birthday and should be firmly established by age 18 months.

This issue is even more significant and likely when a child is 2 or 3 and isn’t consistently completing requests.

Understanding what people say is a part of everyday life for everybody. Improving a child’s ability to link meaning to words should be a top priority for any late talker.

Read more about what it takes to help a late talker learn to communicate in my book Let’s Talk About Talking… still in stock, but only for a day or two! Don’t miss out!
Laura
Posted in Receptive